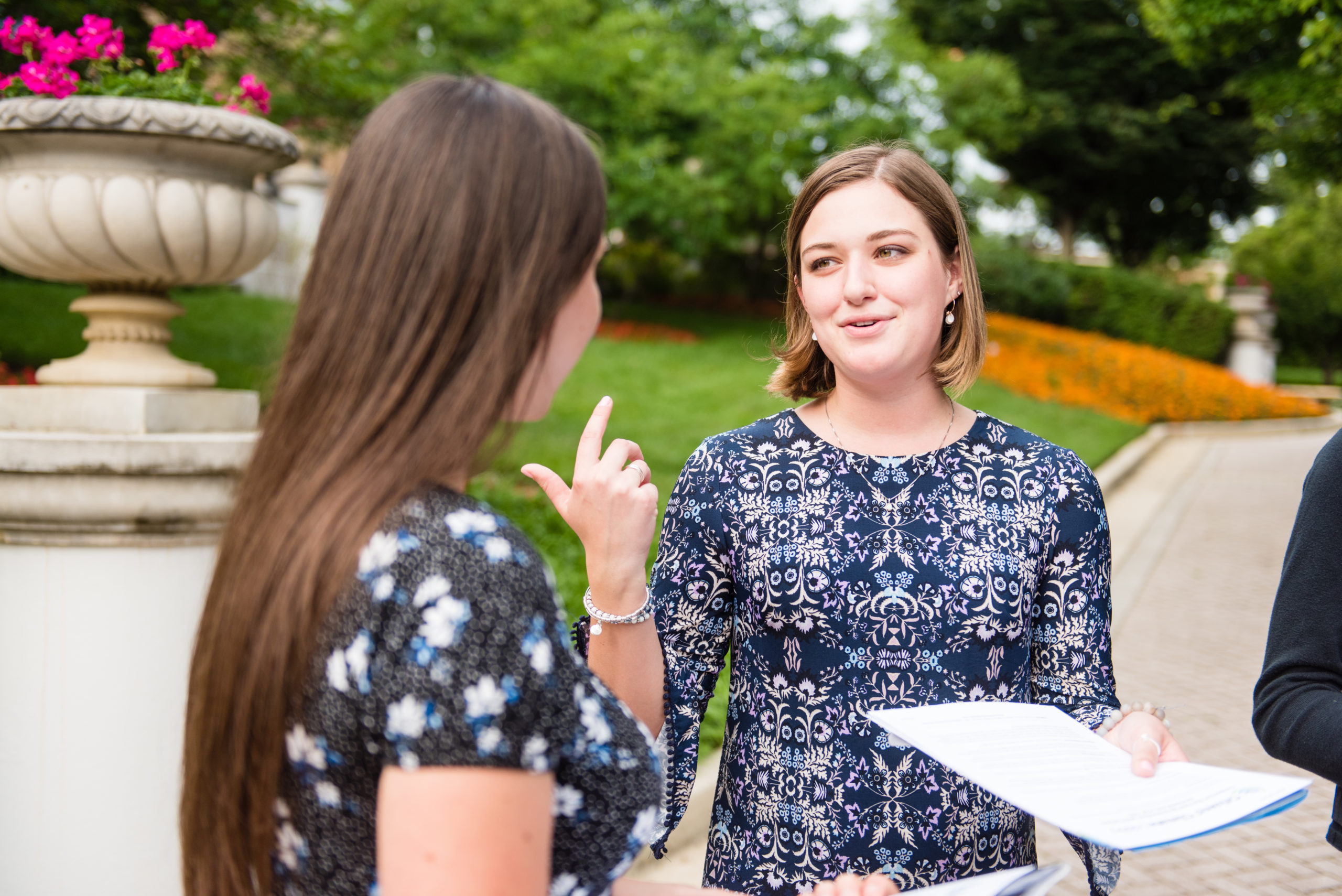 As the holiday season draws near, this is a great time to reflect on all that we’ve accomplished this year and everything that we have to be thankful for. Fortunately, we have a lot to be thankful for, especially this year. One of the best ways to do that is to revisit all of the neat things that our volunteers have been up to over the course of the year.

In this blog, you’ll read about volunteers who helped their communities call Congress, volunteers who appeared on TV, a 12-year-old CCLer who wrote an LTE, conservatives who are working on climate change in Utah, CCLers appearing on a panel with members of Congress, and plenty more examples of CCLers creating the political will for a liveable world! “This weekend our chapter hosted a table at our local Earth Day celebration and we brought a homemade phone booth for visitors to call legislators! Over three hours, we had about 10 people stop in to make calls using the numbers and script we taped inside the phone booth. It was great fun to see adults and kids alike call Congress!”

Most middle-schoolers are concerned with the latest video game or boy band, but 12-year-old CCL volunteer Thea Dugas is worried about climate change. Thea, from Maine, saw her letter to the editor published in Portland Press Herald, in which she made the case for effective climate action.

Thea encourages readers to join CCL and push for a carbon price. You can read and share the tweet with Thea’s LTE here.

Volunteer writes about lobbying with CCL

CCL volunteer Pete Haug of the Palouse Region (Idaho) chapter published an op-ed in the Moscow-Pullman Daily News, where he discussed his experience lobbying with CCL. In his piece, Pete describes his journey from a citizen who is skeptical of lobbying to a volunteer determined to make his concerns about climate change known. Pete notes that as information validating climate change’s existence grows, more and more influential organizations tout a carbon price as the most efficient and logical solution.

You can read Pete’s piece here.

Bruce Cooper, a CCLer from Pennsylvania, made an appearance on the Ed Cohen Variety Show to let viewers know about CCL and a price on carbon. Cohen, a quirky meteorologist and local celebrity in Massachusetts, and his zany friends and cohosts use their sense of humor and informal style to discuss important topics with his guests and audience. In this episode, Bruce and Cohen talk about the role of CCL in a climate-changed world, as well as the responsibility that meteorologists have in mitigating climate change. 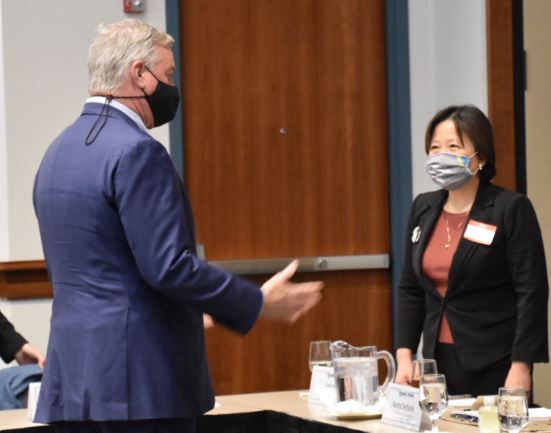 In November of 2021, Sabrina Fu and other members of CCL were invited to participate in the Roundtable on Climate and Environmental Justice, an initiative started by Congressman David Trone (D-MD-06) and U.S. Department of the Interior Secretary Deb Haaland. The purpose of the roundtable was to better analyze how to use infrastructure funding in Maryland to ensure that areas most impacted by inequality are able to see environmental action and opportunity.

The hour-long roundtable discussion included six other environmental organizations, as well as representatives from Rep. Trone’s and Sec. Haaland’s offices and representatives from Maryland Senators’ offices. Those on the roundtable panel were asked for some ideas on how to use infrastructure dollars in Maryland to address both the issues of climate change and environmental justice.

Sabrina discussed the need to connect to green spaces in urban areas, and proposed the removal of dividing freeways that aren’t in demand and replacing them with green spaces.

You can read the full story here.

“The overwhelming majority of young, college-age Republicans are ready for conservative leadership on climate issues, which is why it has been gratifying to see Sen. Mitt Romney working in Washington on bipartisan legislation like the recently passed infrastructure package,” Grayson wrote. “Congress should continue to advance these kinds of forward-looking, pro-growth policies in order to protect Americans’ way of life, keep our economy strong, and preserve our natural resources for future generations.”

CCL members across Minnesota set the bar high for themselves in 2022: volunteers planned to get a letter to the editor published in all 87 Minnesota counties by Jun. 11.

Volunteers Pat Fettes and Katya Gordon have spearheaded this project. “I started volunteering about six months ago,” Pat said. “I created a website to have a one-stop shop to get examples of letters to the editor, links to newspapers in every county, and to keep track of the progress we’re making.”

Pat says this project lets members of Congress know that it’s not just a few people in Minnesota’s major cities that are concerned about climate, but throughout the entire state.

Minnesota volunteers ended up smashing this goal, and even shifted gears to work on an Inflation Reduction Act LTE project. You can check out their website here.

All of these activities this year (and many more, as you’ll see throughout the next couple of months) were possible because of your hard work, both in the field and through your donations.

Now, Citizens’ Climate is rolling up our sleeves again: ready to advocate for the policies needed to meet—and even exceed—the goals set in the Paris Accord. But we need your support to be successful. We help our volunteers to turn their climate alarm into climate action. Your donation will help us reach, train, and mobilize even more climate-concerned constituents.

And, we have a HUGE opportunity now through Giving Tuesday (Nov. 29, 2022): we’ve been issued a $350,000 dollar-for-dollar matching pool for funds raised from now through Giving Tuesday. If we don’t raise $350,000 by the end of the day on the 29th, we leave the remaining money on the table. This opportunity is too big to pass up: Donate to fight climate change today.