In this blog, you’ll read about volunteers who tabled for Earth Day, petitioned AARP, went on outreach tours in their states, and plenty more examples of CCLers creating the political will for a liveable world! As Earth Day approached, many CCLers began to hold more in-person activities, as well as a mix of virtual and online activities. From California to Massachusetts and everywhere in between, volunteers held conferences, hosted guest speakers, and enjoyed the great outdoors. In the image above, Sabrina Fu organized an event with over 30 attendees at Bowie State University in Maryland. You can see what CCLers were up to, as well as what they planned for Earth Day, on CCL Community.

Jon and other local volunteers thoroughly documented the tours on social media, posting regular updates and photos to Twitter along the way. Head over to CCL Community to read more about the tours and see some of their social media highlights. For the second year in a row, the North Tahoe Chapter of Citizens’ Climate Lobby in California worked with other environmental groups and local middle schools to bring awareness to climate change.

It all started with Lorenzo Worster, a middle school teacher at Sierra Expeditionary Learning School, who realized that climate change was largely absent from chemistry and physics curriculums. Lorenzo was inspired by a photo he came across of a Spanish mural displaying global temperature differences since the industrial revolution. He and his students created their own climate mural out of wood strips and paint on a wall of their school.

Citizens’ Climate Lobby volunteer Janet Atkinson saw the mural and approached several schools in the area about collaborating with climate organizations to create a new mural during Earth week. The organizations all worked together to produce the mural pictured above, and another local volunteer wrote about the effort for their local newspaper.

Earth Day is always a good time for newspapers to editorialize on climate change, and when Chicago volunteer Joe Tedino was asked if he could make a pitch to the Sun-Times, he didn’t hesitate to say “yes.” Joe had been in touch previously with the opinion editor at the paper and has a good relationship with him. After a few email exchanges and a phone call, it looked like the Sun-Times was on board to run an Earth Day editorial on the need for Congress to enact climate legislation. Other issues, however, pushed the climate editorial back, and the editor asked Joe if the paper could talk to some of the CCL members on May 3.

The group, including CCL Research Coordinator Rick Knight, had a great 30 minute long Zoom meeting with the editorial board. A few days later the paper came out with a strong editorial: “This is the moment we need to do something big, or we will lose the battle to protect the planet.”

Great work, and congratulations to Joe and the Chicago team for their hand in getting the Sun-Times to prod Congress to take strong climate action! Read and share this great editorial.

The American Association of Retired Persons, or AARP, has 38 million members who span the whole political spectrum — and the organization officially supports putting a price on carbon. Some CCLers, organized by volunteer Rebecca Keller, are forming a new group and circulating a petition to encourage the organization to fully wield its power in the fight for climate policy.

“It makes sense for AARP to be a leader in this fight. We seniors have benefited from a stable climate for most of our lives,” reads the petition. “Now we are seeing the climate emergency take shape before our eyes—devastating floods, wildfires, heat waves, droughts, and climate-driven migrations on an unprecedented scale. The future will be significantly worse if we fail to act now.”

Getting AARP engaged “could be a political gamechanger,” Keller says. If you’re an AARP member, read and sign the petition today. An article on Sudbury.com earlier this year detailed how climate activists led a rally in Ontario, Canada and pushed climate action to be a focal point of the elections. Among the activists were CCLers.

Cathy explained the importance of consensus-driven science reports, such as the reports from the Intergovernmental Panel on Climate Change, as one of the reasons that politicians should emphasize the importance of climate policy. 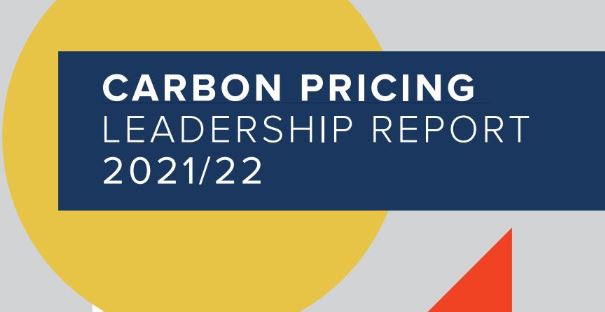 The Carbon Pricing Leadership Coalition is described as a “voluntary initiative that brings together leaders from government, business, civil society, and academia to enhance global understanding of carbon pricing as a tool for accelerating and financing effective climate action.”

In this report, CCI is flagged on page 35 for supporting climate income.

“Citizens’ Climate International (CCI) believes countries — and indeed the planet — need carbon pricing that covers all emissions, is administratively coherent and transparent, and puts a steadily intensifying cost on polluters, while enhancing the economic opportunities of households and communities,” the report explains. “This is why CCI supports climate income — the return of revenues to households while carbon fees steadily rise will help ensure that the escalating price signal is felt most directly by polluting industries.”

Joe Robertson, Executive Director of CCI, emphasized the importance of this recognition.

“This feature is the most visible billing The World Bank has ever given to climate income or carbon fee and dividend,” Joe said. “It will be circulated to all CPLC member organizations and governments, and may also be distributed in print at upcoming events like the Innovate4Climate Summit, World Bank Annual meetings in October, or COP27 in November.” 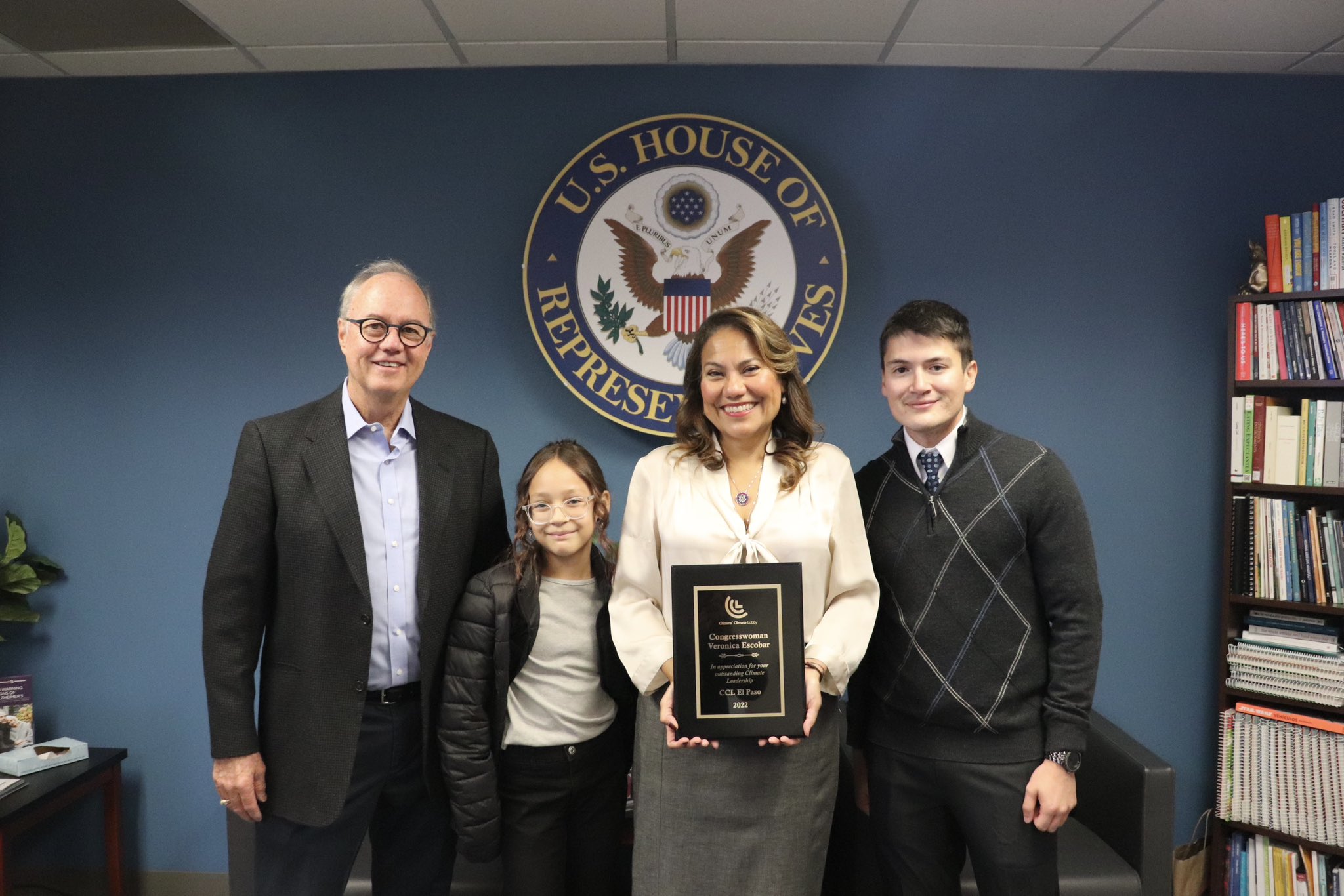 “We talked about HR 2307, HR 4659, IRA, and the COP27 Conference,” wrote Ian, Chairman of the Green Fund Committee and Student Government Association member at the University of Texas in El Paso. “We represent three generations of El Pasoans who care about our climate and are lucky to have a climate champion represent us in Congress. My little sister presented the plaque to her and said, ‘Thank you for what you do to make the world a better place for me.’”

You can see Congresswoman Escobar’s response in the tweet below.