CCLers participate in roundtable discussion on climate and environmental justice 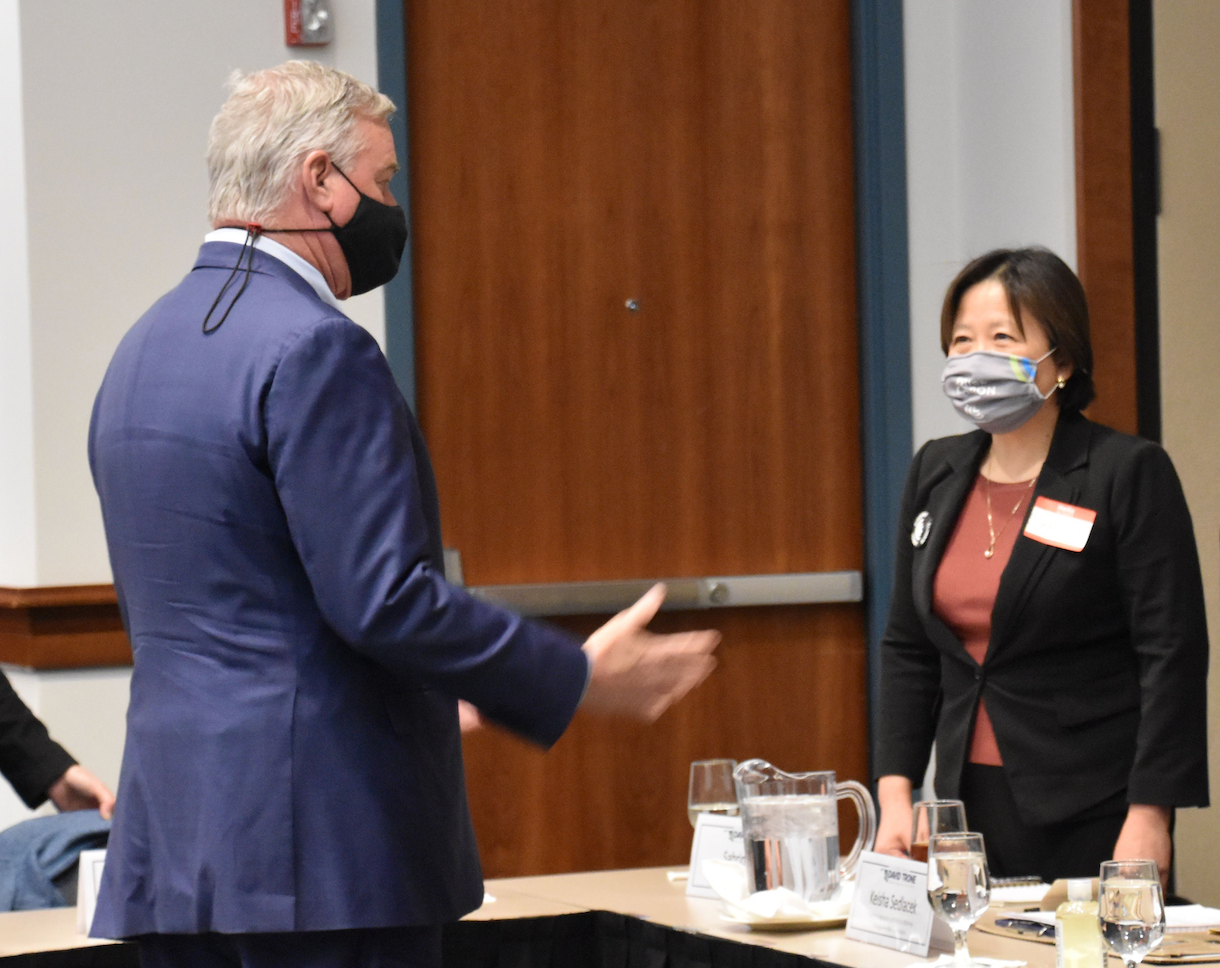 CCLers participate in roundtable discussion on climate and environmental justice

In November 2021, Sabrina Fu and other members of CCL in Maryland were invited to participate in the Roundtable on Climate and Environmental Justice, an initiative started by Congressman David Trone (D-MD-06) and U.S. Department of the Interior Secretary Deb Haaland. The purpose of the roundtable was to better analyze how to use infrastructure funding in Maryland to ensure that areas most impacted by inequality are able to see environmental action and opportunity.

CCL’s involvement came about, Sabrina explains, from a lobby meeting.

“Congressional liaison Steve Whelan got the invitation from Rep. Trone after a lobby meeting,” she said. “CCL made a good impression with Rep. Trone’s aide, who told them about the environmental justice forum to be held the Monday after Thanksgiving.”

Steve relayed the news to the Maryland leadership who then passed this news on to CCL executive leadership. CCL leadership ultimately decided to have Sabrina, group leader, liaison, and Mid-Atlantic regional coordinator, represent CCL at the roundtable.

The hour-long roundtable discussion included six other environmental organizations, as well as representatives from Rep. Trone’s and Sec. Haaland’s offices and representatives from Maryland Senators’ offices. Those on the roundtable panel were asked for some ideas on how to use infrastructure dollars in Maryland to address both the issues of climate change and environmental justice.

Sabrina discussed the need to connect to green spaces in urban areas, and proposed the removal of dividing freeways that aren’t in demand and replacing them with green spaces.

The last question called for input about addressing climate change and social justice within the educational system.

“I raised my hand the highest for the last question because it seemed to me that I had something to say and could provide some integrated thoughts,” Sabrina said. While answering the last question, Sabrina discussed her experience as a program director of Environmental Science and Management at the University of Maryland Global Campus. Sabrina suggested including land ethics/land-use ethics when teaching history and many other subjects in the American educational system.

Rep. Trone’s and Sec. Haaland’s offices have echoed similar sentiments in the past — on the need to act to honor our ancestors and to provide for future generations as both related to ethical approaches to seeing our land as a community for all.

“Rep. Trone feels obligated to future generations, and Sec. Haaland has mentioned how we need to honor our ancestors. It’s an ethical obligation, and can be taught as part of land ethics,” Sabrina elaborated. “The ecosystem would likely be a lot richer if the perspectives of indigenous people had been incorporated all along.”

“Environmental justice and climate change are both related in the unethical use of land. And what do we decide to do with our ruined land and waste? We dump it on the people that we as a society have marginalized. Science isn’t always the solution to the problem. Sometimes we are. After all, we’ve created most, if not all of the issues that we experience as a result of extraction and the byproducts of extensive fossil fuel use. How do we transition quickly out of fossil fuel use? I’m hoping that if we’re able to articulate this, we can actually talk about solutions.”

As Sabrina has taken time to reflect since the roundtable, she has been able to develop a better idea of how CCL fits into the bigger picture of climate action.

“When I shared my thoughts with my fellow chapter members Thad Waterman and Steve Whelan, it became clear that CCL relates to the greater world by thinking about and respecting others. We’ve been working beyond carbon pricing for a while now, to create the political will for a livable world. Working beyond carbon pricing is very much working to deepen relationships with our congressional offices on the shared common concerns we have, and Steve Whelan, as a liaison, has done this wonderfully.”

Thanks to the hard work of Steve Whelan’s CCL chapter, the group will meet again with Rep. Trone’s office in the future, with an even closer relationship.

“At the June lobby meeting, we will follow up with Rep. Trone on the topic of environmental justice,” Steve said. “Meanwhile, we are connecting with the other groups that participated in the roundtable. We’re looking to cooperate on environmental justice initiatives in their practices. More concretely, we are supporting Climate X-Change on a Climate Crisis and Environmental Justice [CCEJ] bill before the Maryland Assembly of Delegates.”

The CCEJ bill is a carbon fee with dividend emphasis for environmental justice communities.