Or visit the Citizens’ Climate Education Governing Board. Zaurie is an architect and businesswoman from Kentucky. Her passion for a low-carbon future started early, focusing on renewable energy in the built environment. In the 1980’s she co-authored a book on passive solar design and land development. In the 1990’s she founded a Boston-based design and construction management business that has prioritized energy-conservation and renewable energy strategies, from geothermal to net zero, for hundreds of millions of dollars of institutional real estate projects. In the 2000’s, she also became the CEO of a Kentucky-based manufacturing business. But decades of client and customer financial resistance to climate-friendly initiatives made the need for policy support crystal clear. She made a firm commitment to legislative advocacy once she became aware of market-based solutions.

Since 2013, Zaurie has used her conservative perspective to expand business and right of center support for CCL’s preferred policy solution and bipartisan approach, at both the state and federal levels. She serves CCL as a Conservative Caucus Executive Team Member and Florida Conservative State Lead, and has served as Kentucky State Coordinator, a Massachusetts Group Leader, and Congressional Liaison in Massachusetts and Kentucky.

Zaurie also draws on her building industry experience as a partner in the Clean Energy Venture Group through investment in early stage clean energy and climatetech companies. She holds B.S. and M. Arch. degrees from MIT. Kayaking and birding keep her connected to the world she is committed to preserving. Professor Ross Astoria teaches law and policy at the University of Wisconsin, Parkside, where his colleagues recently recognized him with an outstanding research award for his work on H.R. 763. Ross studies and publishes on the interaction of carbon pricing with utility law, trade law, and the Clean Air Act. Ross has served as a CCL group leader and a CCL liaison and, as chair, is proud to work with CCL volunteers to create the political will for a livable world. Piper Christian is a student at the University of Utah. She has volunteered for Citizens Climate Lobby since her sophomore year in high school. In 2018, Piper worked with CCL volunteers and students to pass a resolution through the Utah State Legislature which recognized the impacts of climate change and encouraged emissions reductions.

As an advocate of youth engagement in environmental causes, she has spoken on youth panels at Citizens’ Climate Lobby regional and national conferences, organized Utah’s first youth environmental summit in 2017, and gave a TEDx talk on climate change communication in 2016. When she is not volunteering with CCL, Piper enjoys backpacking and cross country skiing with her friends and family. Efaon had the pleasure of being the second hire at CCL, after current CCL CFO Olivia Melonas, as an organizer and legislative and policy advisor. Efaon left the position to pursue his legal career and is now grateful to return to CCL in a new capacity. CCL has grown immensely since Efaon’s initial tenure, but he is happy to find the core values and spirit of Marshall Saunders, Efaon’s mentor and dear friend, still lives on within the organization. Efaon lives in San Diego, California with his partner Larissa and their two fur babies. Jerry has given public presentations on climate change since 2001, been lobbying Congress for market-based climate solutions since 2006, and been a leader with CCL since 2011. He started what is now CCL’s Presenters Action Team and the Economics and Science Policy Network Action Teams. He was the Northern California Coordinator for 6 years, has served on CCL’s Governing Board for the last 4 years, and as our staff Economic Research Coordinator for 3 years.

Jerry holds MA degrees in both Economics and in Climate Policy and has published several articles in these areas.

He is committed to leaving a sustainable world for his two amazing daughters. She joined CCL in the summer of 2019, and co-founded the Alameda chapter’s youth engagement team. Natalie embodies Earth Wisdom, a spiritual practice maintained by indigenous people to support us in living in a connected relationship with the Earth and all her children. This is wisdom her ancestors carried and it’s wisdom Natalie is devoted to reclaiming. She holds a B.A. from the University of California, Santa Cruz and an Ed.M. from Harvard University. She lives in Oakland, California, loves to hike, create beauty, and advocate for our planet and underrepresented communities. Mark Reynolds became the Executive Director of Citizens’ Climate Lobby (CCL) and Citizens’ Climate Education (CCE) on March 16, 2009. At that time there were 6 chapters, all on the West Coast, and 24 supporters. When he completed his term as director on January 20, 2022, there were 448 chapters and 197,776 U.S. supporters as well as 145 chapters outside of the U.S., representing 74 countries. During that time, the staff grew from 2 to 72.

During his tenure, CCL transformed from a scrappy grassroots organization to the organization U.S. Senators contact when they are considering introducing climate-related bills.

He is also known as the architect of the “CCL Way,” having built into the organization key values of focus, optimism, integrity, relationships and personal power. The Climate Advocate Training he designed in 2009 still is the core of CCL/CCE training.

Mr. Reynolds is a sound businessman, having never missed his revenue or net income numbers in 13 years. Every year the organizations were rated at the highest level the auditors can give.

Mark has been married for 40 years, has 3 grown children and 4 grandsons. He is consistently rated one of the top grandparents in America. 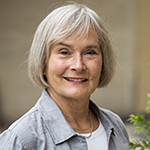 Mary Selkirk is a retired collaborative environmental policy specialist who has designed, facilitated and mediated natural resources projects throughout California. Before joining the Center for Collaborative Policy as Managing Senior Mediator in 2000, Mary was special assistant to the Executive Director of the CALFED Bay-Delta Program, and served on the Federal-state Bay Delta Advisory Council from 1995-1997. She now chairs the board of Sustainable Agriculture Education (SAGE).

Prior to her career in environmental policy mediation, Mary had a 25-year career as a psychologist and organizational development consultant. She lives in Kensington, California with her husband.

Since the early 1970’s Mary has kayaked or rafted many of the major whitewater rivers in the western United States. She and Lee have also run rivers in Alaska, West Virginia, Maryland, Massachusetts, and New Zealand.