Children buzzed with excitement at our city’s weekend ArtWalk event in downtown Longmont, Colorado. While tabling, members of our Citizens’ Climate Lobby (CCL) chapter invited children to draw their responses to the question: “How would you like to see the climate change?”

The children’s heartfelt pictures depicted a world with less fossil fuels, more wind and solar energy sources, and more electrification — solutions, in fact, that are already part of our city’s climate action plan. And our city’s climate action just got bolder. This past September, the Longmont City Council passed a resolution in support of putting a price on carbon pollution, as embodied in the Energy Innovation and Carbon Dividend Act of 2021 (H.R. 2307).

This success came from our chapter’s grasstops engagement, which we started in 2018. Here are four lessons we learned along the way.

It’s important to start building relationships with members of the City Council early on. That’s because we needed to establish common ground and inform them about our proposed resolution.

We started by writing to the City Council directly. The first councilwoman to respond is a champion of decarbonization, and so we thought she would naturally support our proposal. But after three email exchanges and one in-person meeting, we hit a wall. In a detailed, eight-point response, she explained her concerns about markets over mandates. And her position was clear: “I’m going to be blunt…Thanks for your efforts, but I can’t support this proposal.”

Two years later, we tried again. This time another chapter member joined our meeting with the councilwoman. Because this member is an engineer, we jumped right into a savvy discussion about clean-energy technology and found common ground with the councilwoman’s engineering background.

Although the councilwoman continued to voice concerns, she ended up voting for the resolution. Furthermore, she publicly declared, “I do hope that this bill gets through Congress. The adoption of carbon tariffs in the European Union will make it needful that the U.S. tax carbon to remain an equal participant in global markets.” 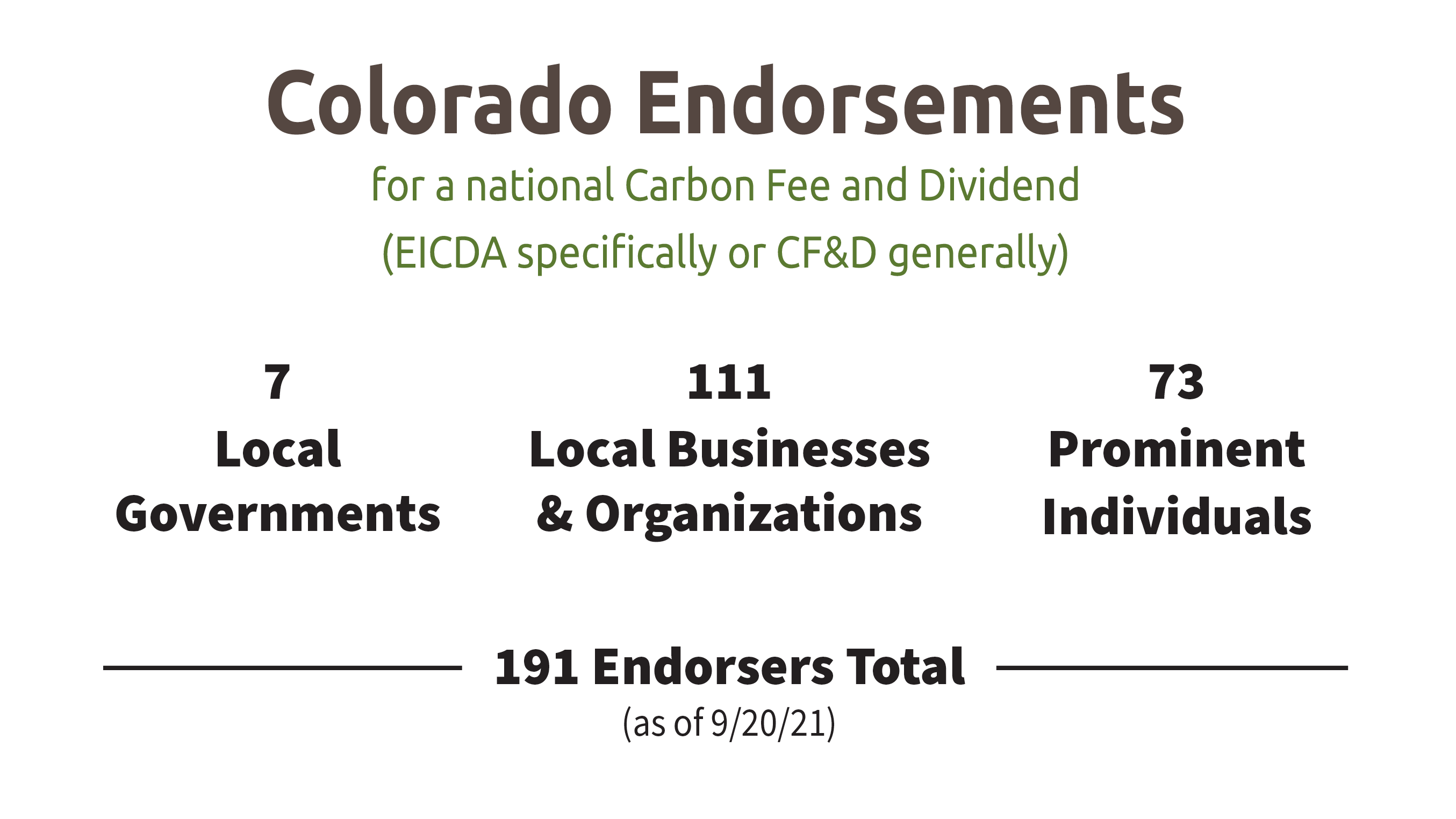 Be persistent, polite, and patient

Getting our resolution past the finish line took nearly three years. During this process, we were persistent with members of the City Council as well as city staff. Doing so ensured our request stayed on their radar. Nevertheless, we encountered setbacks.

The first occurred just three months after we started our grasstops engagement. Before the City Council was another climate-related resolution, which got confused with ours. And so we met with city staff and politely pointed out that these were independent yet complementary resolutions. While the other went back to the City Council and was approved, ours was directed to the Sustainability Advisory Board.

This detour led us to the Board’s meetings. Although it took one year to officially get on their agenda, we found the delay worthwhile as we continued to build relationships with city staff and Board members.

Then the pandemic hit. And one more year passed before we could formally present to the Sustainability Advisory Board. But patience paid off: they voted 3-2 in favor of the resolution.

What got us past these setbacks? Underlying our efforts were persistence, politeness, and patience — our chapter leader calls these qualities the “three P’s.” She adds, “We never once dropped any of these and that, I think, was really important.”

Persuading both an advisory board and a city council to support a resolution is hard to do alone. That’s why we recognized the need for a team approach early on.

Although our CCL chapter had little experience with grasstops engagement, we stepped out of our comfort zone and started to work closely together.

Our strategy had two parts. First, we met with five out of the seven council members and did so in teams of two. This helped bring more perspectives into the conversations. Second, when it came time to present formally to the City Council, we divided the presentation among five chapter members and incorporated additional input from other members. For example, one of us presented climate modeling data from En-ROADS using concise graphics made by another member. And another supported our statements by reading a letter from one of our state legislators — also a CCL member — who had endorsed H.R. 2307.

The legislator’s letter ended with this encouragement: “[The bill] has been in the works for over ten years and it needs momentum to get it through. I urge a yes vote on a resolution to support this bill as a city and send a message to our federal delegation to please pass it!”

Since 2016, our city has been increasing its climate action. But supporting a carbon price was not on their radar. Over the past three years, that began to change as climate change and even carbon pricing became more prominent in the news.

In particular, along the Front Range in Colorado, awareness of climate change increased because of our poor air quality, worsening drought, and nearby wildfires. These local impacts underscored the need for urgent and effective climate action.

Another factor was Longmont’s upcoming election that could change the composition of the City Council — if so, we might have to start over.

These factors pressed us to make a final presentation to the City Council in September. And in closing, we posed the same question that we asked children at ArtWalk, along with: “What kind of climate and world do you want your children, your grandchildren, and future generations to inherit?”

To our surprise and delight, the City Council answered with a unanimous vote for the resolution. They joined over 150 local governments across the nation that have endorsed carbon pricing.

These endorsements help increase the political will for our members of Congress to take meaningful action on climate change — just like what the children envisioned at Longmont’s ArtWalk.