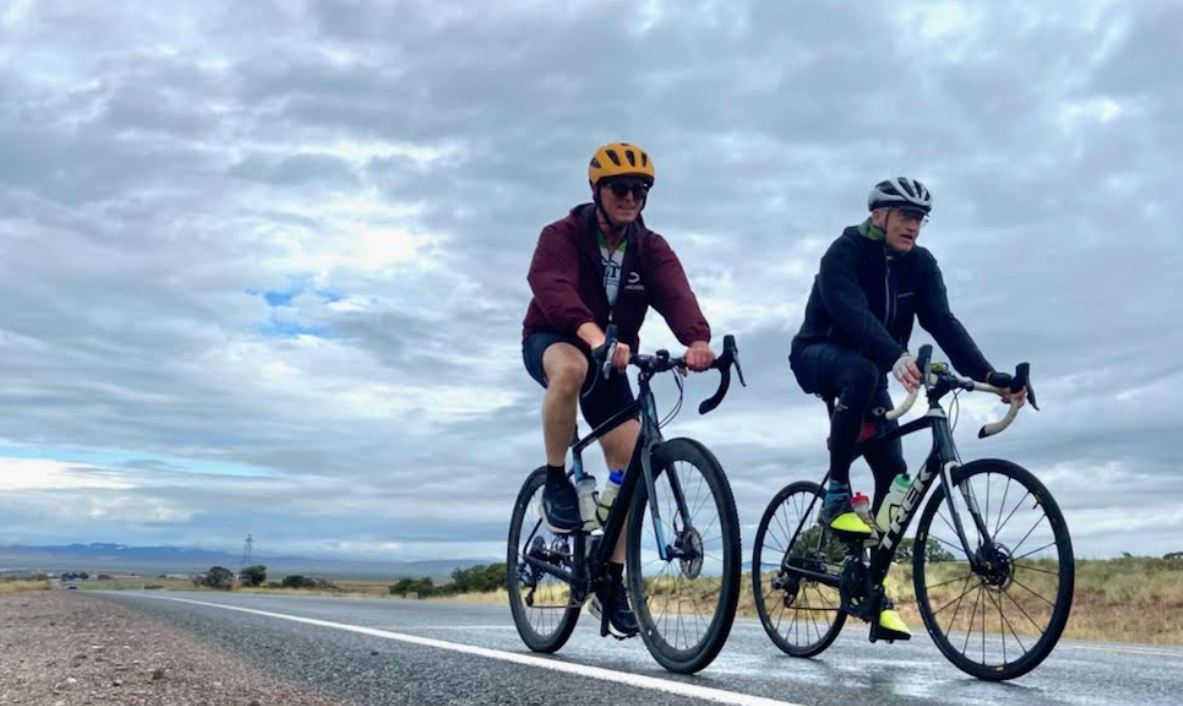 My involvement in CCL has led to huge breakthroughs in the exercise of my personal and political power in ways I could not have imagined. 2010 awakened in me an urgent need to engage politically to be effective. I went from being a quiet carpenter to seeking any way possible to bring attention to the issue of climate change. So, I ran for the Senate and started talking about climate wherever I went, specifically about the need for support of a carbon fee and dividend policy. As uncomfortable as it was, and knowing there was no way I would win the Senate race, it made sense to me to offer an opportunity for citizens to use their vote for the climate. It was the ultimate way for me to stand up for what I and many others believe in. In 2016, over 26K people “voted for climate” when they voted for me.

Being a candidate was very uncomfortable for me, especially at first. After a suggestion that I “walk the district” like Wayne Owens did in 1975, I thought,
“Why not bike the state?” This would mix personal passion and adventure with advocacy and make being uncomfortable easier. Thus began a pattern of having a bike tour in every campaign season as a unique way to bring attention to the issue, with my most recent tour being this past September.

September’s Utah’s Energy Future Tour covered 750 miles with 11 stops, being my fourth ride across Utah. The tour was organized by Citizens’ Climate Lobby volunteers and locals across the cities and towns of our great state. It began with a sunrise start on Sept. 6 in Capitol Reef National Park (where the 2014 tour ended), celebrating the memory of four friends who supported my campaigns over the years. My tour finished in Alta, a small ski town in the Wasatch Mountains, 11 days later, where I lived and worked for many years. The riding along the way was spectacular.

Utah has taken many encouraging steps on climate since 2014, including the passing of the Economic Stewardship Resolution HR007, the creation of the Utah Roadmap at the request of the Utah legislature, the Utah Climate & Clean Air Compact, and much more. Currently, at the federal level, Sen. Mitt Romney (R-UT) publicly supports a carbon price, and Rep. John Curtis (R-UT-03) created and chairs the Conservative Climate Caucus. In October, Rep. Curtis hosted the first very successful Conservative Climate Summit in Salt Lake City. How do things stand along the Wasatch Front and in rural parts of the state? That was the question this ride was set out to answer. I visited towns that were a part of my 2014 campaign ride, specifically designing this tour to be a listening tour. I wanted to see how the climate conversation had changed over the last eight years. We asked these questions in each community to start the conversation and to build bridges with each community:

Much has changed since my last visit to these towns in 2014, and some things have not at all. Along the way, I found greater acceptance that climate change is happening, with top concerns being drought and wildfires. There seemed to be common ground around the need to pay attention to water in the southwest and concern about how to meet local energy needs if Lake Powell and Lake Mead can no longer generate electricity.

The climate seemed to no longer be the elephant in the room but rather accepted as a problem in need of solutions with a genuine debate on what the solutions could be. At times locals spoke of a lack of trust that the government would do what they say they would do with a carbon fee and dividend policy: “How can we trust that all the revenue would be returned to households?” There are still pockets of climate change denial, but more people and communities are leaning into mitigation and adaptation than ever before. Along the tour, we hosted panel discussions that included mayors, city council members, county commissioners, and water commissioners. Our hope is that this type of interaction with local leaders builds bridges for common ground discussions in the future. We hosted coffee shop conversations open to the public, events at Utah Technical University and Southern Utah University, and meetings with county commissioners. A highlight was Bob Inglis, Executive Director of RepublicEN, joining us for a few days of riding and advocacy. He joined us in presentations given to St. George and Cedar City Rotary and participated in evening panel events. Afterward, Bob described Utah as a state showing societal cohesion. Compared to 2014, a lot is happening in Utah. The issue of climate change is being normalized in many ways across the state. Communities are planning for the future, and counties are realizing the economic advantage of welcoming clean energy.

This tour reminded me how important it is to be out there (although it is at times uncomfortable), bringing a focus on climate at each stop and talking with people from the common ground about solutions. Encouraging everyone to be on board with tackling this problem is key, so that our common home can be safe and healthy.

I initially thought that I could work to pass carbon pricing, and then our work would be done. The reality is that climate advocacy will be important throughout our lifetimes. How can we make advocacy fun for ourselves? This tour, as were all the others that came before, was fun. I found it  very rewarding to pedal for a purpose, doing something I love for something so worthy of the effort.

You can also hear Bill talk about his bike tour at the Outdoor Industry Action Team meeting on Nov. 28.