Yes, there's a place for conservative climate action. And this is it. Connect with right-leaning CCLers, eco-right orgs, and members of Congress in Washington, DC. Apply by March 10th.

Yes, there’s a place for conservative climate action. And this is it. Connect with right-leaning CCLers, eco-right orgs, and members of Congress in Washington, DC. Apply by March 10th.

Many American conservatives care deeply about the environment and climate change. Citizens’ Climate Lobby is a nonpartisan grassroots organization that welcomes Republicans and those who identify as right of center. Together, we work towards climate change solutions with their members of Congress.

Climate change threatens our economy, our military, our nation’s farms and landscapes, outdoor activities, and our country’s legacy to our children. We’ve been blessed with a powerful country, rich with natural resources. Our children deserve to inherit a land that is beautiful, not one that is burned out, depleted.

Join with fellow conservatives to change the energy we use to power our economy for a healthier, cleaner, and safer America. The best climate solutions incorporate conservative values and ideas.

Our modern lives wouldn’t be possible without fossil fuels, but fossil fuel emissions are exactly what is harming our climate, health, and livelihoods. It’s time to transition to clean energy sources in a way that powers America forward rather than dragging it backwards. Businesses can lead this transition and thrive.

Conservatives support solutions in Congress right now that are:

How is the fight against climate change conservative?

Through policies that avoid big government overreach, CCL advocates for legislation that spurs the economy, makes the country economically competitive, aids the military, provides resources to agriculture, and preserves the great American outdoors.

CCL’s current goal of passing a carbon price would charge a fee to polluters who are destroying America’s land and waterways, and return that fee to hard-working American middle class and lower-income families in the form of a dividend, or cashback. This price on carbon bolsters America’s economy by ensuring fair international trade with countries that already have a carbon price, such as Russia, China, and the European Union.

Additionally, the fight against climate change exhibits care for divine creation, while ensuring a viable, long life for all of God’s creatures.

Republicans in Congress: Ready to Lead With Climate Change Solutions

Conservative Republicans are hearing from their constituents about the impacts of climate change. They are ready to lead with conservative solutions.

Citizens’ Climate Lobby supporters are organized into local chapters which reflect the character and politics of where they are located. Each Chapter works with their members of Congress to enact climate change solutions. Conservative CCL supporters hail from all over the country and from different religious backgrounds, but all share Conservative principles. Meet Jacob. 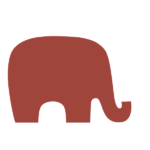 Some pretty big hitters support the idea of putting a price on carbon, including:

FORM 4770971 IS TRIMMED DOWN AND CAN BE USED ONLY ON TARGETED AD CAMPAIGN PAGES, WHEN THE PAGE WILL NOT BE INDEXED BY GOOGLE