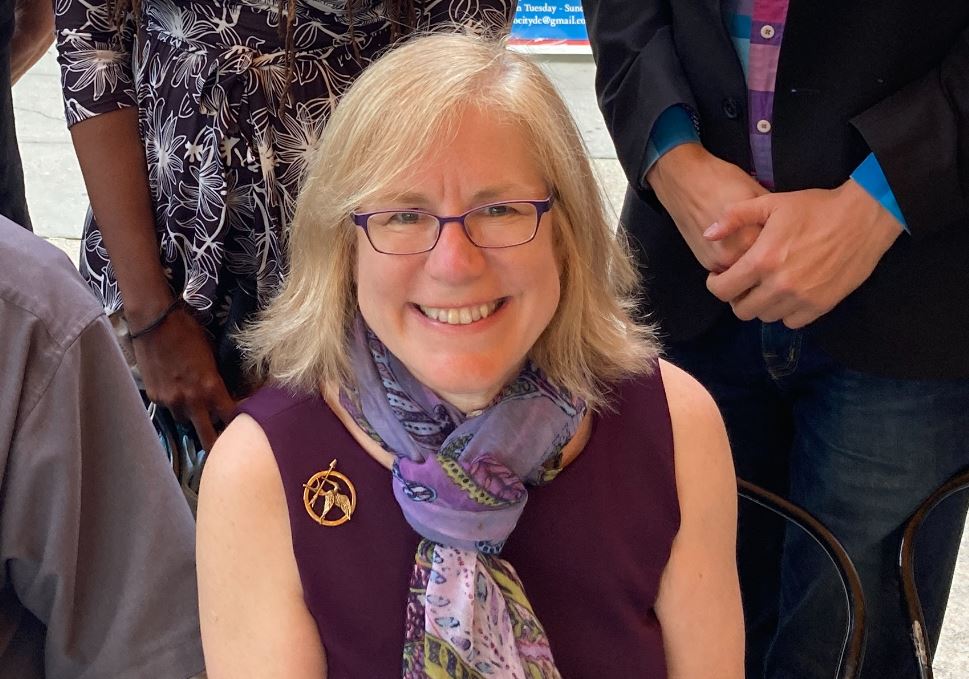 To say that Beth Malow is accomplished would be an understatement. Beth is a neurologist at Vanderbilt University Medical Center and has spent much of her career traveling to the most prominent cities in the United States. After growing up on Long Island, New York, and traveling around the country, she finally settled down in Nashville, Tennessee. Beth’s hobbies include singing, public speaking, hiking, running, and swimming. Beth got involved in CCL through her work with Braver Angels. With a heavy background in science, Beth has lately found an interest in science communication and talking with the public about science, particularly the pandemic and climate change. Beth has even given a TEDx talk about the art of communicating science. How did you get involved in the environmental movement and with CCL?

CCL was my first introduction to the environment. I was looking for an issue to get involved with and thought that climate made sense, given that CCL was very similar to Braver Angels in terms of its values of relationship building. Also, my son built a carbon capture unit in his room at home during the COVID-19 pandemic, and I was inspired by that. I got involved in CCL through my work with Braver Angels.

We were invited to partner with our Nashville CCL chapter on events, and we did a debate and also a workshop. I was also invited to be one of several moderators for a Braver Angels workshop for CCL on Earth Day 2020, which was successful, and we did it again in June 2020 for the CCL June conference. I was then invited to co-lead a Braver Angels Action Team within CCL with Bruce Morlan, who was then chair of the CCL Conservative Caucus and has been an incredible conservative partner for our work. Susan Adams, the Regional Coordinator for Third Coast, and Steve Saltwick from Braver Angels have been mentors for our Braver Angels work. Bruce and I have been so grateful to Susan and Steve for their guidance, which has continued to the present. It was an exciting time to start something new, especially during the pandemic. A lot of people were eager to be on Zoom so they could connect with others.

I’m also active in our local CCL chapter, which has now combined Williamson County, TN, and Nashville, TN, into a Middle TN chapter. I also co-lead a lobbying team for one of our senators and love doing advocacy! 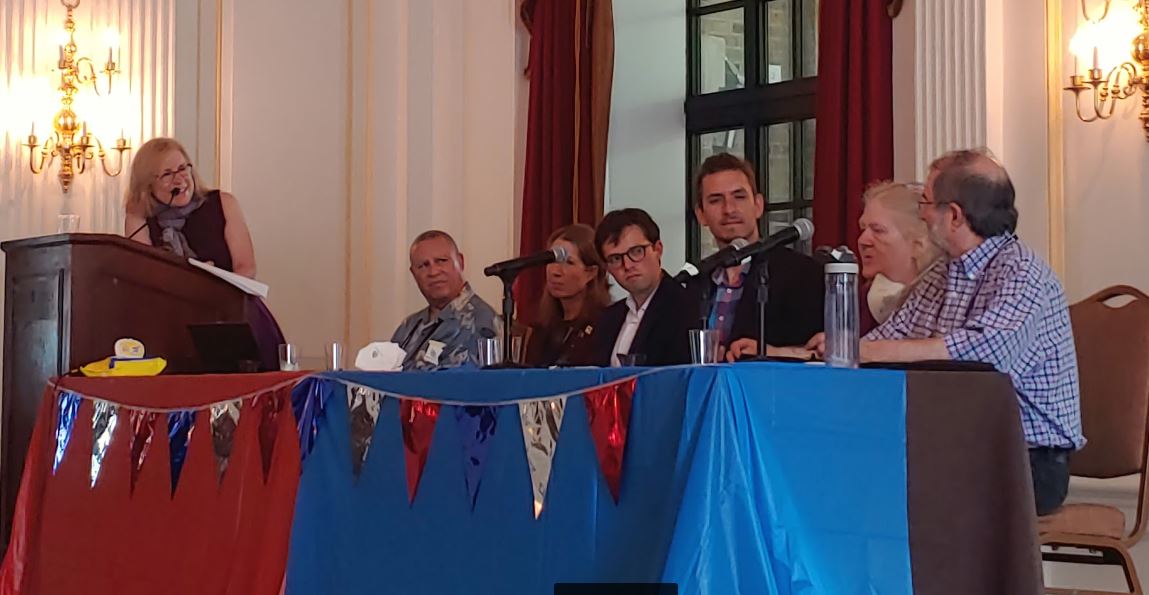 Tell us about your involvement with Braver Angels

I found Braver Angels in early 2017 — it was one of a handful of groups focused on helping people talk with others who differed with us politically. It initially focused on divisions related to the 2016 presidential election but rapidly grew to include a variety of issues, including climate change. I trained to become a moderator of Braver Angels workshops, where I teach content and facilitate discussion. That work has been extremely gratifying and life-changing for me. In fact, I recently adopted and moderated Braver Angels’ work to present on depolarizing skills at a science communication workshop!

You recently had a peer-reviewed paper published. Could you tell us more about that?

I was honored to be given the amazing opportunity to help design a workshop for CCL, “Bridging the Divide on Climate Solutions,” with my colleagues in Braver Angels: Connie Shortes, Steve Saltwick, and Bill Doherty (one of the co-founders of Braver Angels). After designing the workshop and getting input from both conservative and liberal CCLers, we pilot-tested the workshop with our Tennessee CCL volunteers, made additional refinements, and then trained more than 400 CCL volunteers nationally on Zoom. We received high scores on the design and delivery of the workshop, along with people having increased confidence to communicate with others and appreciate the importance of relationship building. CCL volunteers recognized the importance of applying these skills in lobbying meetings and letters to the editor.

All of the steps — design, implementation, and evaluation — are outlined in the paper. It’s available here for free, and I hope people will read it and find it informative!

Are there any projects that you’re working on in CCL right now?

We are partnering with the Effective Communication Action Team to develop brief videos that can be used in lobbying meetings to build rapport with our members of Congress and their staff. This is exciting for me as it makes what we have been doing in the workshops directly relevant to CCL activities. Plus, it’s fun to do “legislative improv.” It’s also been fun to speak on our work to groups such as the Sierra Club and to be featured on RepublicEN’s EcoRight podcast.

What are some of your future goals for your CCL Action Team?

We would like to find ways for people to practice the skills they have learned in our workshops — in addition to the workshop described in the paper, we have held workshops focused on depolarization, and also workshops at our annual meetings focused on conservative and liberal values related to climate change solutions. We also recognize how important it is to have a space in CCL for people who want to bridge political divides — that’s why we send out a monthly newsletter with articles of interest to our Braver Angels Action Team. We meet almost monthly on Zoom and bring in guest speakers.